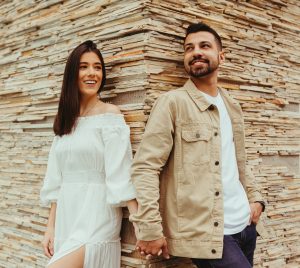 A study in The Journal of Sex Research revealed that 78% of the students surveyed confessed that they had engaged in casual sex or a “hook-up.” The grip that hookups have on our culture and the ways we, especially young people, view sex is undeniable. It saturates our media. Think of popular television shows and movies; think of stand-up comedians and YA novels; think of popular songs and music videos. There are romantic comedies centered around the idea of hookups (Friends With Benefits, No Strings Attached, Two Night Stand, etc.) and relationships stemming from casual hookups (The Big Sick, Love and Other Drugs, Crazy Stupid Love, etc.).

But have we really stopped and thought about the effect this approach to relationships can have on us? It goes beyond what may be perceived as outdated public morals. Studies have shown that casual sex impacts our psychological well-being. This outcome stems from the way our bodies’ biochemistry works. During orgasm, our brains release a chemical called oxytocin in high volume. This isn’t the only time this chemical is released. Our bodies release oxytocin during a long hug and when a mother breastfeeds. What do these activities have in common? They are all bonding! That’s because oxytocin is a binding chemical. It connects us to the other person and helps affection develop between parties. The only other time the body releases oxytocin in this volume is when a mother gives birth. Think of the kind of bond that is created biologically between a mother and child. The same driving force is at play during sex without even thinking about it.

This occurs in both the male and female brain; however, men will typically see less oxytocin and more vasopressin, which causes a protective instinct. Meaning, you could believe that your hookup is just casual, but before you know it, you’re more attached than anticipated, or you begin to become jealous when you see your former partner with someone else. We may think that in a post sexual revolution world we won’t fall prey to these realities, but that’s just how our bodies work. The chemicals in our brains have a tendency to override our logic and our judgements. That release of oxytocin and dopamine may leave us feeling really good, but they may not necessarily reflect reality. Expert Dr. Breuning cautions that “despite those initial feelings, it does not necessarily mean that person is trustworthy. The perception you have at that moment is an illusion you create about the person that may or may not fit what happens next.”

What happens when we cling to this feel-good experience instead of fostering relationships founded equally on intimacy and commitment? A study by Melina Bersamin reveals that “students who had recent casual sex reported lower levels of self-esteem and happiness,” while nonhook-ups report higher self-esteem and “more secure attachments.” These experts’ conclusions: when the oxytocin wears off or we don’t build that relationship, “we find ourselves feeling sad or confused.” In fact, choosing to begin a relationship with sexual intimacy adds these ungrounded feelings into the mix before we have time to form sound judgements. It is truly a gamble, and one that can be easily avoided by first developing a solid groundwork in trust, communication, and understanding, which takes time. One must ask his or herself: “Does the commitment and connection I have with this person warrant the chemical bond that I will be creating in my brain?”

Although the study conducted by The Journal of Sex Research concludes that a majority of college students are hooking-up, Lisa Wade, author of American Hookup: The New Culture of Sex on Campus, found the opposite in her research. Although the common perception was that most of their peers were having lots of casual sex, most students surveyed by her and in the studies she reviewed, were hooking up an average of twice a year, if at all. In her book, she explores the dangers of this false perception. Hooking-up may seem like the thing to do based on the media we consume, the celebrities we idolize, or the peers we envy, but aside from being an unhealthy approach for us, it may not even be as popular as you may think.

At the end of the day, a hook-up simply cannot deliver what it promises, but setting healthy boundaries in singleness, engaging a world full of other exciting activities or pursuing meaningful and healthy relationships can surely be worth our while.

I was given good advice that I’ll be able to use.

I liked how comforting and non-judged I felt when sharing my experience.

Everyone was super nice, absolutely loved my visit. I felt very welcomed.

Brave This New Season One Day at a Time

You can find out more about which cookies we are using or switch them off in settings.

This website uses cookies so that we can provide you with the best user experience possible. Cookie information is stored in your browser and performs functions such as recognising you when you return to our website and helping our team to understand which sections of the website you find most interesting and useful.

Strictly Necessary Cookie should be enabled at all times so that we can save your preferences for cookie settings.

If you disable this cookie, we will not be able to save your preferences. This means that every time you visit this website you will need to enable or disable cookies again.